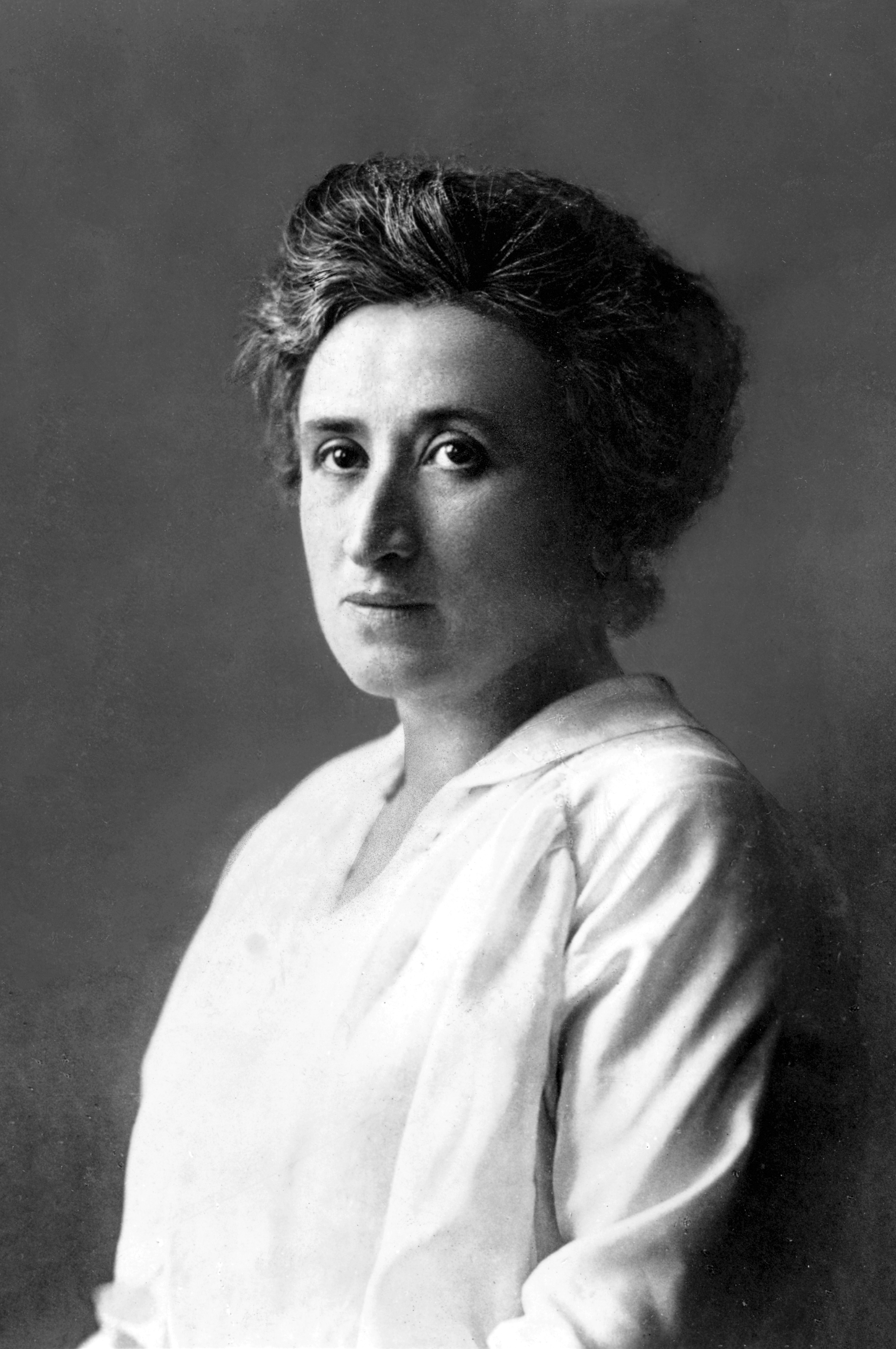 Rosa Luxemburg (; ; ; also ; 5 March 1871 – 15 January 1919) was a Polish and naturalised-German revolutionary socialist, Marxist philosopher and anti-war activist. Successively, she was a member of the Proletariat party, the Social Democracy of the Kingdom of Poland and Lithuania (SDKPiL), the Social Democratic Party of Germany (SPD), the Independent Social Democratic Party (USPD), the Spartacus League (), and the Communist Party of Germany (KPD). Born and raised in an assimilated Jewish family in Poland, she became a German citizen in 1897.

After the SPD supported German involvement in World War I in 1915, Luxemburg and Karl Liebknecht co-founded the anti-war Spartacus League () which eventually became the KPD. During the November Revolution, she co-founded the newspaper (''The Red Flag''), the central organ of the Spartacist movement. Luxemburg considered the Spartacist uprising of January 1919 a blunder, but supported the attempted overthrow of the government and rejected any attempt at a negotiated solution. Friedrich Ebert's majority SPD government crushed the revolt and the by sending in the , government-sponsored paramilitary groups consisting mostly of World War I veterans. troops captured and assassinated Luxemburg and Liebknecht during the rebellion.

Due to her pointed criticism of both the Leninist and the more moderate social democratic schools of socialism, Luxemburg has had a somewhat ambivalent reception among scholars and theorists of the political left. Nonetheless, Luxemburg and Liebknecht were extensively idolized as communist martyrs by the East German communist government. The German Federal Office for the Protection of the Constitution asserts that idolization of Luxemburg and Liebknecht is an important tradition of the German far-left. Despite her own Polish nationality and strong ties to Polish culture, opposition from the PPS due to her stance against the creation of a bourgeois Polish state and later criticism from Stalinists have made her a controversial historical figure in Poland's present-day political discourse. Provided by wikipedia
Showing 1 - 2 of 2 for search: 'Luxemburg, Rosa', query time: 0.01s
Search tools: Get RSS Feed — E-mail this Search — Save search